Abandoned coaches of train converted into Cafeteria in Patna

Abandoned coaches of train converted into Cafeteria in Patna

A cafeteria has been opened near the Water Recycling Plant inside Danapur Coaching Depot in Patna using train coaches, which were not being used by the Railways. 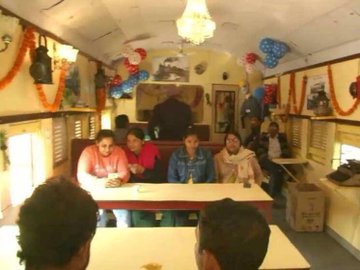 The personnel department of the Railways is operating it and getting a very good response. This cafeteria has a total seating capacity of 40 people. 10 seats are for VIP and 30 for general. 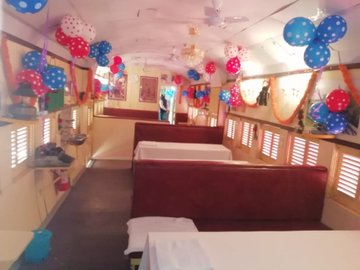 The idea behind it.

Railway staff complained of not having any cafeteria near the depot which provides hygienic breakfast. Many coaches of trains were found unused, so it was decided to start a canteen to provide clean breakfast to the employees. 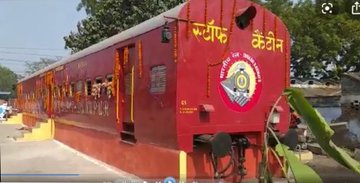 ​On a trial basis

The canteen is being run on a trial basis and the result has been found positive so far.

Railway staff said that earlier they were bound to go far to drink tea, but now they are very comfortable since the cafeteria has been opened.

Ashok Kumar Sinha said, “This is a good initiative. We had to go out for tea and away from the depot.”Bottom of Form