Everyone can be forced to hum,decorated with the imagination of the poet, seeing the painting of nature spread in the Chikmagalur district of Karnataka state. Situated on the Western Ghats, this hill station forces travelers to enjoy a supernatural world. If you are fond of provocative tourism then this place fulfills your hobby in its own special way also.

The magic of Baba Budangiri

The local residents identify this mountain of Chikkamagalu as Chandradron Parvatashreni, the hills of Baba Budangiri. Haraat Dada, Hayat Kalandar or Baba Budan was a Sufi Peer who came from Arabia. Centuries ago, Baba Budan brought seven seeds of coffee from the country of Yemen and  offered the first seed on this hill,and in this way he gifted India the ‘coffee culture’. You can reach this beautiful hill through cart and trekking. It is noticeable that trekking can be done on the simple and marked route of Baba Budangiri without the help of a guide or the local residents. It is noteworthy that the peaks of Mulayanagiri and Baba Budangiri are the highest peaks of the state of Karnataka with a height of 6317 feet.

From the beginning of summer under the reign of King Krishnaraja Vodeyar of Mysuru, the cool hills of Kemmanagundi were temporarily transformed into the capital of Mysore. The hills of Baba Budangiri have been attracting travelers for centuries because of the gardens decorated with flowers on this hill station, the fields laden with vegetables, the Sondhi smell of coffee. The name Kemmannagundi has been derived from the words ‘Kempu’, ‘Mannu’ and ‘Gundi’, means ‘Gulf of Red Clay’. This fertile soil has enriched the farmers of Chikkamagaluru and has given this state an opportunity to cultivate paddy.

Coming downward from Kemmannagundi, towards the Bhadra River, the reflection of the sky in water-filled rice fields, captivates the incomparable sight of betel nut trees. If you have seen the visually attractive pictures of the island called ‘Bali’ of Indonesia, then just some such scenes can be realized in these villages. On one hand the betel nut fields surprise the travelers by impacting the impression of a dense forest and on the other hand, its yellow fruits are no less than gold pearls for the farmers here. The Betel nut and Coffee cultivation is the main source of income of Chikmagalur. 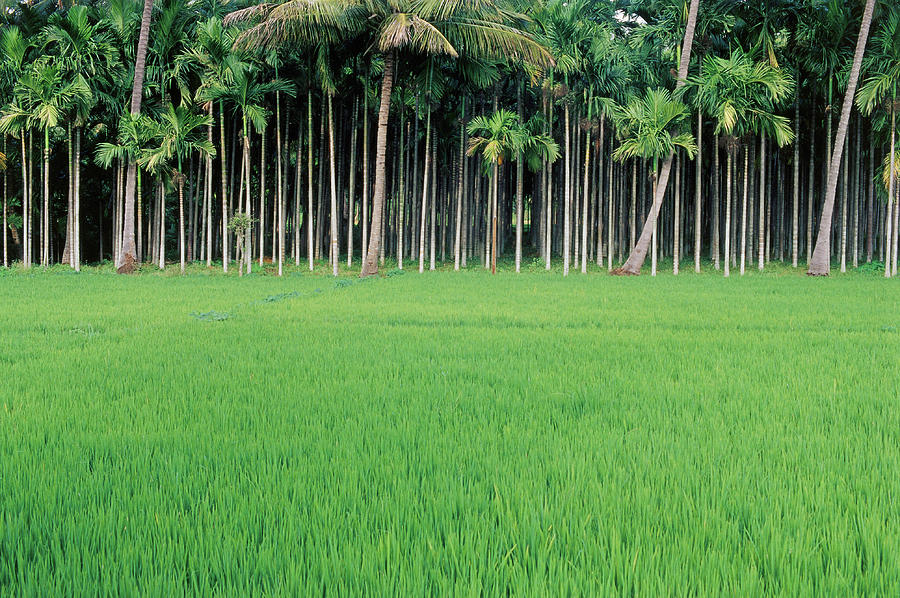 How and when to reach

Buses, for this city, are available from Bangalore and Mangaluru. The nearest airport is Bengaluru. The city also has its own railway station. Due to the hilly area, private and rental vehicles are available here.  The winter season is more favorable but,  however, you come here in any season.